How to play Golden Leprechaun Megaways

Before you can begin playing Golden Leprechaun Megaways, there are a number of functions included within the game that you must become familiar with before you are able to begin spinning. The first thing you should be aware of is your selected stake, which you can alter as you wish to suit the amount that you ultimately feel comfortable playing with. The stake can be changed by clicking the stake icon in the bottom left corner of the screen, after which a list of stakes will be presented to you. 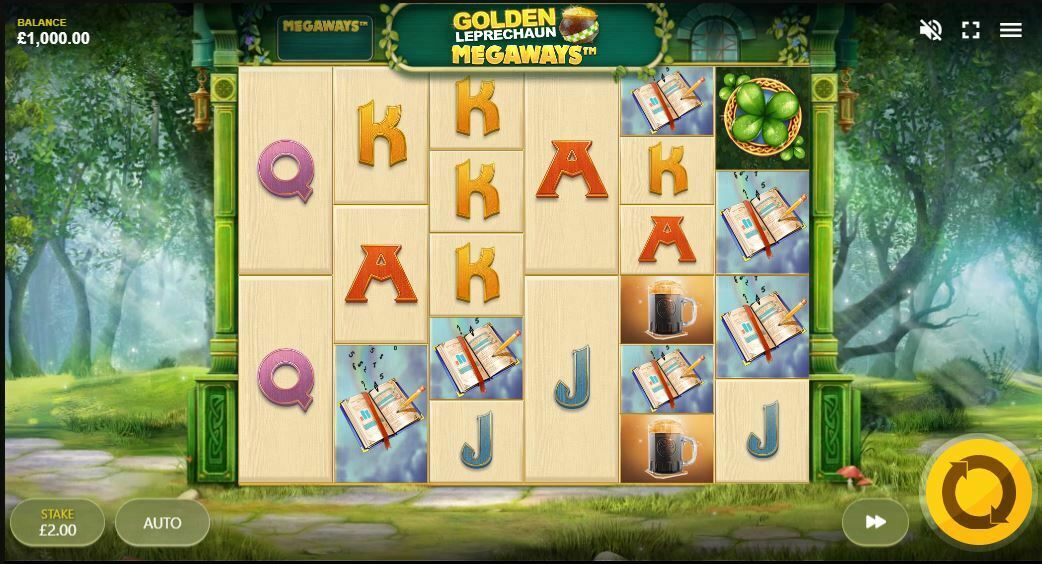 Players should select one that fits within their account balance and one that they are happy and comfortable playing with. There is also the option for players to use the autoplay feature where you can have a selected number of spins completed for you at a set stake at the click of one button. This is done by clicking ‘auto’, where you can then choose between completing 10, 20, 30, 50, or 100 spins all at once.

Most Red Tiger Gaming slot games are heavily jam-packed with features, take a look at Cinderella’s Ball slots, which is themed from Cinderella. This Red Tiger game has introduced multiple features such as HTML5, standard playing card suits, high-value symbols, and obviously them related images.

The Golden Leprechaun Megaways slot comes with an RTP rating of 94.72%.

As a Megaways engine game, this is a pretty unique slot as you can play with up to 117,649 paylines and you will see between two and seven symbols across the middle four reels from each spin. You should be hoping to see the Leprechaun during the base game, as he can appear at any random time and help give you one of the three bonus features that are included within the game.

These three features will see you likely have the biggest wins on Golden Leprechaun Megaways. The first of the three features is the Lucky Ways feature, which will randomly transfer symbols to a guaranteed win when triggered. The second is the Random Wilds feature, which will give you up to five Wilds randomly added across the reels. Finally, there is the Wild Stacks feature, which can give you up to four wild reels with multipliers that reach up to 7x, while these can also combine to give a multiplier of up to 28x.

If that wasn’t enough, there is also a Free Spins feature on Golden Leprechaun Megaways. This is the game’s standout feature and it is triggered when you land at least three scatters across the reels on the same spin. Players that land this will then get between 6 and 20 free spins depending on the number of scatters landed on the spin. You will also get the opportunity to choose between the Leprechaun’s three mushrooms and this will determine what feature accompanies you to the Free Spins feature. You will also benefit from a multiplier that increases 1x every time you have a cascading win, which can result in the biggest wins you can earn on Golden Leprechaun Megaways.

There are plenty of other Irish-based efforts out there for those who enjoy the theme, but Golden Leprechaun Megaways is a very solid effort within the niche. We found the game to be entertaining with three different features that can be triggered at any time, while the free spins feature only contributes to the significant wins that are available when you play. However, the fact that the maximum stake per spin is just $10 may put some players off of Golden Leprechaun Megaways, while there are also bigger maximum wins available on other Red Tiger Gaming slots.